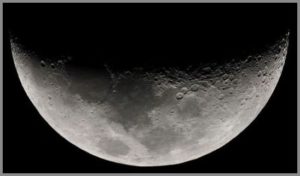 America to take over Moon? It would seem like it! Astronauts will now be going back to the moon, courtesy US President Donald Trump. He said, “The directive I am signing today will refocus America’s space program on human exploration and discovery. It marks a first step in returning American astronauts to the Moon for the first time since 1972, for long-term exploration and use. This time, we will not only plant our flag and leave our footprints — we will establish a foundation for an eventual mission to Mars, and perhaps someday, to many worlds beyond.”

Acting NASA Administrator Robert Lightfoot said, “NASA looks forward to supporting the president’s directive strategically aligning our work to return humans to the Moon, travel to Mars and opening the deeper solar system beyond. This work represents a national effort on many fronts, with America leading the way. We will engage the best and brightest across government and private industry and our partners across the world to reach new milestones in human achievement. Our workforce is committed to this effort, and even now we are developing a flexible deep space infrastructure to support a steady cadence of increasingly complex missions that strengthens American leadership in the boundless frontier of space. The next generation will dream even bigger and reach higher as we launch challenging new missions, and make new discoveries and technological breakthroughs on this dynamic path.”

On Tuesday, NASA took the first step to contract private companies in the USA, to get these companies to send out scientific payloads to the Moon. This would probably begin as early as next year.

National Space Council, chaired by Vice President Mike Pence, “Under President Trump’s leadership, America will lead in space once again on all fronts,” said Vice President Pence. “As the President has said, space is the ‘next great American frontier’ – and it is our duty – and our destiny – to settle that frontier with American leadership, courage, and values. The signing of this new directive is yet another promise kept by President Trump.”

The National Aeronautics and Space Administration’s (NASA) Human Exploration and Operations Mission Directorate (HEOMD) is seeking information on the availability of small payloads that could be delivered to the Moon as early as the 2017-2020 timeframe using U.S. commercial lunar cargo transportation service providers. Multiple U.S. companies are developing robotic lunar landing capabilities and have expressed plans to provide commercial cargo delivery services to the Moon in the near future. Information on lunar payloads that could be launched as early as 2017 would be valuable to NASA as it works to understand the potential role of the Moon in future exploration activities.

Understanding The Motives Of NASA

A clue to knowing the motives behind the actions of NASA, is the person who they chose to make this announcement, John Guidi. John Guidi is the deputy director of the advanced exploration systems division of NASA and this in itself is a part of the human spaceflight division of NASA.

John Guidi stated, “NASA is asking for information about small instruments that could be placed on small lunar landers and our interest is that we want to address our strategic knowledge gaps.”

Any Takers For The NASA Initiative?

Bob Richards, company founder and chief executive of Moon Express, a company interested in moon exploration projects, stated in response to NASA’s call, “The Moon Express Lunar Scout Program is designed to expand our partnership with NASA and support the lunar science community with new, low-cost lunar orbiter and surface missions. Our goal is to collapse the cost of access to the Moon to enable a new era of lunar exploration and development for students, scientists and commercial interests.”