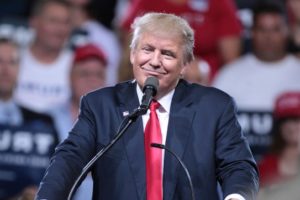 Finally the NAFTA deal has been signed between Canada and the USA, although under a new name – U.S.M.C.A. (United States-Mexico-Canada Agreement). But does that mean that things will all be back to normal and rosy, as they were before between the USA and Canada?

Can The US And Canada Ever Be Friends Now?

The people of Canada are definitely relieved that the NAFTA (North American Free Trade Agreement) row is over and that the US has now signed a deal with them. They are also relieved that threats made by President Trump to economically ruin their country, are now over. So what happens next? Can the US and Canada be friends like they were before President Trump and NAFTA?

Former ambassador of Canada to the United States, also former premier of New Brunswick, Frank McKenna says, “The President insulted our country, our Prime Minister and even our chief negotiator. He not only used rude language, he threatened our economic welfare.And he seemed to do it with great glee. People won’t forget that. I think that’s now deep in our psyche – the way we were treated by this President.”

Gone Is That Oh So Very Special Bond

Canada is a country of just around 36 million people. But, the largest number of global travelers to the USA, is from Canada. Canada is also the largest importer of US products. Plus, it is America’s closets military ally. The people of Canada had always held the firm belief that the relationship that they shared with their neighbor, was a very unique and special one. They even believed that America and Canada shared what could easily be called, “The most successful partnership in the world!”

But now, most Canadians feel that all that is over. That special bond that was shared between the US and Canada, is done with! According to the Founding Director of the University of Torontos Munk School of Global Affairs, Janice Stein, “We think we understand the United States or thought we did. That relationship is gone.”

Here is a post on Reddit, that literally sums up what most Canadians might be currently thinking of the United States Of America, “Dealing with individuals, Americans are very friendly to deal with, however, I now look for Canadian made products, avoid US made products and have no interest in traveling to the US, even if it’s for business purposes. So, ya, we are on speaking terms but it’ll take a while to put that genie back in the bottle.”

What Canada Would Have Stood To Lose

If the NAFTA deal had not gone through between Canada and the US and the trade war had escalated, 60,000 people would have lost their jobs in Canada. Plus, Canada would have suffered a 1% hit in their GDP. This would have been a huge hit for Canada, as it has been projected that the economy of Canada will grow by just 2% in 2019. President Trump had also issued threats to Canada, levying a 25% tariff on auto exports, if Canada refused to negotiate ‘fairly’, with the United States of America.

After The Deal Was Signed

After the signing of the NAFTA deal (Now known as the U.S.M.C.A. deal), to reporters gathered at the Rose Garden, President Donald Trump said about Canada and the USA, “We’ve always had actually a very good relationship.” Right Mr. Trump, the keyword here is – HAD!