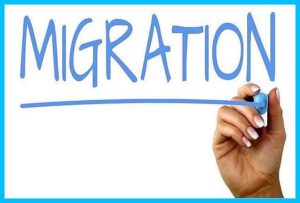 Fact is, it is this very international migration that was responsible for the growth of the population in Canada, both on a provincial level, as well as on a national level, in the 2nd quarter of 2018.

An increase in international migration is calculated by adding the number of net non-permanent residents, returning emigrants and the amount of immigrants that arrive in Canada, subtracted by the immigrants leaving from Canada and the net temporary immigration.  Statistics Canada (a Canada government agency), revealed that other than the Northwest Territories and Nunavut, Labrador, Newfoundland and Alberta, the number of international migrants to Canada, “either peaked or has rarely been this high.”

Increase In The Number Of Non-Permanent Residents

Canada has now updated its immigration policy. As such, it has been officially quoted that, “The IRCC (Immigration refugee and Citizenship Canada) has revised a major step on 26th June 2018, by reducing the time deadline for documentation submission after an ITA (Invitation To Apply), from 90 days to 60 days.”

In the 2nd quarter of 2018, there was an unprecedented increase in the number of non-permanent residents to Canada, with Ontario having the largest at 28,329. Quebec seeing the 2nd highest number at 19,506 and British Columbia having the 3rd largest number at 8,189.