As Pfizer advised Health Canada that epinephrine auto-injector stocks would be “very limited” in August, opposition parties in Ottawa are asking Justin Trudeau’s Liberals to address this shortage.

According to New Democrat Health Critic Don Davies, the federal government has a duty to ensure that these injectors, marketed under the name EpiPen, are always available in sufficient quantities in pharmacies across the country. These epinephrine auto-injectors can save lives in the event of a serious allergic reaction.

Mr. Davies would even be willing to threaten pharmaceutical patentees with losing the right to sell their products in the Canadian market.

The Conservatives are asking the government to encourage the development of a Canadian supply.

The US-based pharmaceutical giant Pfizer produces its EpiPen at a plant near St. Louis, Missouri. No other similar drug is sold in Canada.

Pfizer said this week that its stocks of EpiPen are very low, and that adult doses may be missed in August .

Use your EpiPen, even expired

Observers warn that such shortages may continue to recur, because nothing obliges pharmaceutical companies to ensure a constant supply.

Health Canada, for its part, has indicated that anyone who has an anaphylactic reaction and has only an expired EpiPen should use it anyway before dialing 911 immediately.

“It is unacceptable that Health Canada’s response to the EpiPen shortage was to tell the public to use expired injectors,” Davies said Wednesday. The Minister of Health should never have allowed this risky situation to occur. It is now up to her to correct things immediately. “

New Democrats are asking Health Canada to require patent holders to provide the drug, otherwise they will lose their market authorization in the Canadian market.

“When foreign drug companies fail to deliver life-saving medicines to Canadians, the federal government can and must act,” said Davies. 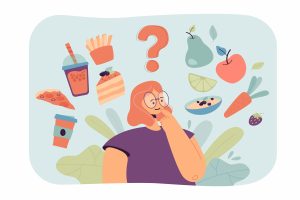