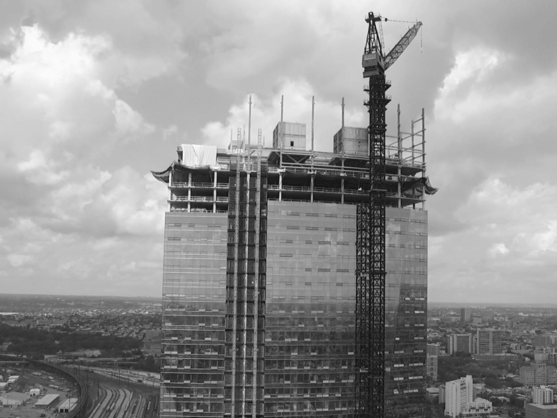 If you have not heard of the Hines’ 1-million-square-foot 47-story skyscraper, then quite likely, you have been living under a rock – or probably lost somewhere in a world of your own. Most people are not aware that in Texas, USA, the biggest city is Houston. Most people are also totally oblivious to the fact that Houston is home to 48 high-rises, which are more than 130 meters in height (427 feet). More, most people are also not even aware of the fact that 36 of these 48 high-rises stand taller than 150 meters (492 feet).

What In The World Is Going On?

On July 18th, Hines, a Houston-based global developer, announced that it had now begun construction of its much awaited giant tower. This would be built downtown in Houston, on Texas Avenue, in what once used to be the site for the Houston Chronicle. The tower is scheduled for opening in late 2021. Hines further states that this new building of theirs, has been designed to focus on the needs of modern day office workers and it has also been designed to attract the very best workers – in whatever fields they may be working in.

According to Hines, this mammoth tower represented a revolutionary shift, in the way they perceived the designing and construction of office buildings. Fact is, Hines intends moving its global headquarters, to this very building. This is a big step for Hines, as they have been present in the Galleria area, since more than 45 years now.

Yes, the Hines’ building, is no ordinary building at all! It is of 21st century design. Plans are being made to meet both WELL Building certification, as well as LEED Platinum certification. More than 1,500 cars can be parked in this mammoth tower of Hines. The building will have place for a fully functional state-of-the-art conference facility, a fully equipped hi-tech modern day fitness center, networking spaces and various kinds of food and beverage centers will also be present here. This building will also house a garage on 11-levels, internally.

This huge tower, which is making world news, will be built by Hines, in partnership with a real estate company based in Canada, Ivanhoé Cambridge. Over the years, Ivanhoé Cambridge has been responsible for playing a major role in developing and investing in various kinds of real estate properties of very high quality, as well as many companies and projects, all across the globe. Hines and Ivanhoé Cambridge have worked on quite a number of projects in the past, in places like Paris, Toronto and Chicago. The leading tenants of this new tower will be Hines itself, as well as Vinson & Elkins, a law firm. Hines will be leasing 212,000 square feet and Vinson & Elkins will be leasing 155,000 square feet, in this gigantic tower.

What Does The Hines’ Tower Spell?

This new skyscraper of Hines, will not only be a very grand achievement for Houston, but also for the State of Texas. Quite clearly, this innovative Hines’ tower, is sure to change the skyline of Houston. Time will tell!