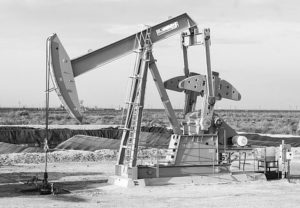 Yes, it is true, oil in Canada is just lying around now! Crude oil is in the proverbial bear market right now, but for Canada, the things are really bad as the price per barrel of crude in Canada, is less that $20 a barrel. Because of railways that have not helped much in getting Canadian oil to the markets, congested pipelines and other reasons, oil from Canada is sold at a fraction for what the oil in America sells for.

Recent times have been witness to a global recovery in the prices of energy, but for Canada, this was not good news. Canada is the 4th largest producer of oil in the world, yet it missed out in this global recovery of energy prices and crude oil prices in Canada dropped to less than US $16 a barrel. In attempts to dig itself out of this oil crisis they find themselves in, Canada has made a vow that they will build the Trans Mountain Expansion project. In doing so, they would thus be able to shift a lot of oil out of Canada. But, there are a lot of obstacles to doing so.

According to Canadian Energy Pipeline Association President Chris Bloomer, “Pipeline construction is a seasonal activity during summer to the fall [June to August] in Western Canada and failure to start work on the main infrastructure works will also drive up expansion costs.”

Desperate Moves By The Canadian PM

The government of Canada, in May this year, agreed to pay $3.5 billion to Kinder Morgan, for their Trans Mountain line, as well as their proposed expansion project. This move clearly indicated how desperate Canada’s oil industry and Prime Minister Justin Trudeau are, in their attempts to increase Canada’s crude oil pipeline capacity.

This move came as a result of the threat by Kinder Morgan, to scrap their project on a permanent basis. According to Dennis McConaghy, former TransCanada executive, speaking at the Global Petroleum Show last week, this was a “near-death” experience for the government of Canada.

Rescue On The Way?

Rescue to Canada and their crude oil industry seems to be appearing in the form of Enbridge’s Line 3 replacement. This crude oil pipeline services the Midwest refineries, running all the way down from Alberta to Minnesota and Wisconsin. As a result of this replacement, the output would be doubled from the current 390,000 bpd, to 915,000 bpd. But there are problems here too. One being that this project needs to be approved by Minnesota regulators and the other being that even if the project is approved, Line 3 will only be able to start operating by the end of the year 2019 and that is at the very earliest.

According to the CEO of Enbridge, Al Monaco, “The biggest issue here is we have a critical piece of infrastructure that needs to be replaced. It’s just like we would replace a road, a bridge, a transmission line, a power plant.”

Crude Crisis In Canada For Sure

Canadian oil is selling at massive discounts. On Friday, it was selling as low as US $16 a barrel. As a result of this, approximately $30.65 million is being left on the table, every day. The flip side is, soon there may be other countries, facing the same oil crisis that Canada finds itself in right now.

In the words of Khalid A. Al-Falih, Energy Minister of Saudi Arabia, “I believe if the investment flows that we have seen the last two or three years continue in the next two or three years, we will have a shortage of oil supply by 2020. We know, from what we have seen in the last couple of years, that prices around the current level and below are not attracting enough investment. We know the level of natural decline that existing production is undergoing, and we know that demand is picking up at 1.2 to 1.5 million barrels a year. So between increase in demand and natural decline, we need millions of barrels every year to be brought to the market, which requires massive investment.”