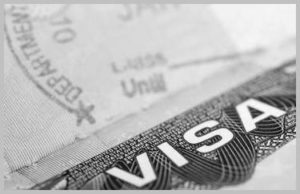 H-1B visa stumps American dream of Indians. For Indians, the American dream, might seem farther away than imagined – or it might not even materialize for many. USCIS (United States Citizenship and Immigration Services) officials have recently been rejecting lots of H-1B applications (extensions included), stating that they were not categorized as a ‘specialty occupation’.

It Can Get Much Tougher

Announcement Made By US Administration Pertaining To H-1B Visas

“USCIS recognizes that significant employer violations — such as paying less than the required wage, benching employees (not paying workers the required wage while they wait for projects or work) and having employees perform non-speciality occupation jobs — may be more likely to occur when petitioners place employees at third-party worksites. Therefore, in order to protect the wages and working conditions of both US and H-1B non-immigrant workers and prevent fraud or abuse, USCIS policy should ensure that officers properly interpret and apply the statutory and regulatory requirements that apply to H-1B petitions involving third-party worksites.”

A Barrier For Indian Companies

Indirectly, this is clearly a barrier for Indian companies, who send people from India, on jobs in the USA, on H-1B visas. Now, Indian companies will have to prove that the people who they send to the USA, on H-1B visas, have what is now being called by the US Administration as – “specific and nonspeculative qualifying assignments in a speciality occupation” – and this would we in place, for the entire validity of the visa. This would imply that once the employee is in the USA, he/she cannot be moved between companies and projects.

This change in policy has not at all been accepted by the global technology industry, of which India happens to be a market leader for this kind of talent. Dara Khosrowshahi, chief executive of cab aggregator Uber, said at the ET Global Business Summit, “I am worried that the attitude that the administration has on immigration will bruise the American brand.”

American Immigration Council (AIC), staff legal professional, Leslie K Dellon, said, “From what we’ve seen, USCIS is denying more H-1B petitions on the ground that the job is not in a specialty occupation. These include cases where the foreign national has been working in H-1B status either in the same job or in a similar job, that is in the same occupational classification which USCIS now claims is not a specialty occupation.”

Legal professional, Rajiv S Khanna, said, “The problem with the USCIS interpretation of specialty occupation is that it is almost unattainable to comply with, in many areas of professional endeavor. For example, USCIS has been disregarding circumstances the place an MBA is required, pointing out that an MBA is not a ‘specialty occupation,’ because it is not some extent in a particular subject. Many of the denials passed out by way of the USCIS seem to be pretextual relatively than meritorious. Where the Department of Labor‘s personal documentation (Occupational Outlook Handbook) states that a degree is required for a specific occupation, the USCIS tries to take the placement that the degree required is not in a particular subject or box of analysis.”