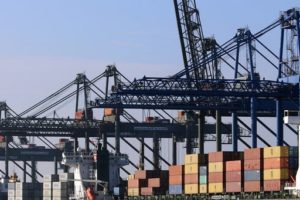 What is the truth behind the US China ‘trade war’? China called off talks that were recently scheduled between the US, reason being, President Trump’s decision to go ahead with U.S. $200 billion tariffs on China. China Daily said on this, “The U.S.’ $34 billion tariffs on Chinese goods violates the WTO rules and has set off the largest trade war in economic history, demonstrating a typical hegemonic attitude against the rules of world trade, said a statement by the [commerce] ministry.” But the reality is that, this so called ‘trade war’ between the US and America, is not really about trade at all. There are various other factors that come into play, that resulted in this so called ‘trade war’.

The Real Reasons Behind The ‘Trade War’

There are a number of reasons behind this so called ‘trade war’ between the US and China and these are as follows:

The Buck Did Not Start With President Trump

Things escalated between China and the USA and led to what is now being labeled as the ‘Trade War between America and the USA’, as in the year 2017, the gross domestic product of China shot up to about two-thirds. In the year 2000, it was only 20% of the GDP of America.

There is now very bitter competition between the US and China, to prove who is more superior and who is the better of the two. For instance, recent times have seen the competition escalate between America and China, to develop the fastest supercomputer in the world.

The result has been that both the USA and China have been able to come up with faster and better computers.  China came out with their super computer called Sunway TaihuLight, which sat on the top of the list of the world’s top 500 supercomputers, in the year 2016. But at the IBM summit, they were beat by an American super computer.

Who Is Winning This So Called ‘Trade War’?

According to the US, they are winning this so called ‘trade war’ between the USA and China. Sarah Huckabee Sanders, White House spokeswoman said, “The President is focused not on the short term but on the long term, and he wants to make sure that we’re doing things that help protect American workers and protect American industry. And he is going to keep pushing to make sure that we have good trade deals. We have been in trade deficits with nearly every country across the globe for years, and the President wants to ensure that that doesn’t continue.”

What Does China Have To Say About This?

China Daily reports, “The Trump administration is behaving like a gang of hoodlums with its shakedown of other countries, particularly China.” China and the US are the two biggest economies in the world today. As such, competition between them is just unavoidable. But does this competition have to be so bitter that it has resulted in what is being labeled as the ‘trade war’. Today ‘trade war’, tomorrow? World War??