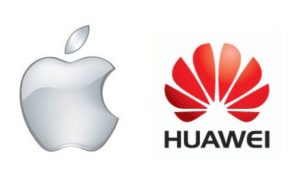 Huawei bites Apple to occupy #2 spot in smartphone market, unbelievable as it may appear, but the shocking fact is that it is absolutely true. Huawei has actually beaten Apple and taken over as the No. 2 smartphone vendor in the world, in the 2nd quarter of the year 2018.

Is It Even Possible?

Well as they say, facts and figures can’t lie. So, yes all the facts and figures are there to prove that yes, Huawei has taken the place of Apple and become the 2nd largest smartphone vendor in the world. Partly attributing to this huge success, is Honor, the budget brand of Huawei and also strong sales of P20, the newest flagship model of Huawei.

This hallmark success was achieved by Huawei, after it globally shipped 54 million handsets. This put Huawei ahead of Apple in the global sales of smartphones and 2nd in global sales, after the leader in smartphone sales – Samsung Electronics.

After Effects Of Huawei’s Remarkable Performance

A World Record By Huawei

To-date, no company has been able to come in between the sales of smartphones made by Samsung and Apple. But for the first time in 7 years, this record has been broken and Huawei, a Chinese company, has now taken the place of Apple and has now achieved the world record of being the 2nd largest seller of smartphones in the world.

In the words of Ben Stanton, an analyst of Canalys (Global leaders in market technology analysis.), “The importance of Huawei overtaking Apple this quarter cannot be overstated, it is the first time in seven years that Samsung and Apple have not held the top two positions.”

But There’s More Too!

Just getting ahead of Apple in the sales of smartphones is not all that has been achieved by Huawei. Huawei has now gone ahead of many rival companies, by selling phones that are packed with lots of more features. This is really a remarkable achievement by Huawei, as the United Sates of America has literally banned Huawei in America – and none of the major phone carriers in the USA are selling any of the Smartphones of Huawei.

The United States of America, Australia and many other countries are suspecting Huawei of facilitating spying by the Chinese government. Yet, under such adverse conditions, facing such severe allegations against it, Huawei achieved record breaking sales of smartphones, overtaking Apple to become the 2nd largest seller of smartphones in the world today.

The Outcome Of This?

Inspired by its success, Huawei is now adding more and more innovative features to its smartphones. For instance, to its P20 Pro device, Huawei has added 3 cameras. And as a result of all the many innovations that Huawei is implementing, Huawei has now started to get more and more brand recognition, all across Asia and Europe. And as a result of this, Huawei is now able to challenge the current leader in the smartphone market – Samsung. Will we see Huawei replace Samsung as the #1 seller of smartphones in the world? Let us see!