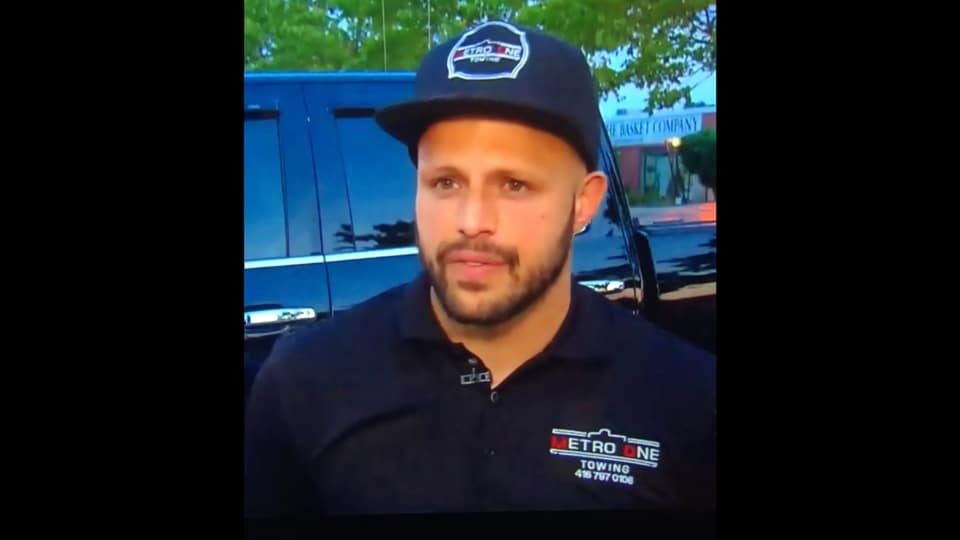 A tow truck’s dashboard camera caught images of a car striking a truck stopped in the shoulder on Highway 401, injuring three people near Toronto.

The incident occurred in the evening on Saturday. According to the driver of the tow truck, this accident is a symptom of a larger syndrome: people drive badly, much too fast, and do not pay attention to the road.

“I am 100% convinced that the driver of the white Lexus who destroyed the truck was not looking at the road,” says Adil Kanan, owner of Metro One Auto Services Inc., a towing service based in Toronto.

Mr. Kanan adds that the video speaks for itself.

“This is another striking example of why drivers need to be more aware of emergency vehicles on the road,” he said. “We put our lives in danger every day on our roads. “

Mr. Kanan parked his tow truck in front of a damaged truck when he arrived at the scene. According to him, the driver of the van was diagonally off the road after a minor accident. His vehicle hit the parapet and remained in this position.

A man was standing next to the vehicle. In the truck, there was a woman in the driver’s seat and another in the front passenger seat.

He claims to have offered them his services, but they had already called another tow truck. Mr. Kanan was about to leave when the white vehicle came crashing into the van.

Nobody was killed in the accident. The three people linked to the green vehicle were transported to the hospital with minor injuries.

“On the video, it’s clear that the driver of the Lexus is not even trying to slow down. He had plenty of time to do it, “says Kanan. ” I was afraid. “