The Royal Canadian Mounted Police (RCMP) on Friday arrested a man suspected of being linked to the event in which a German tourist was shot.

According to the RCMP, the 60-year-old German citizen was heading to Banff National Park when he was shot in the head from a black sedan.

It was thanks to the public’s collaboration that the police force was able to locate and seize the vehicle suspected of being involved in the attack the next day, a black Chrysler Sebring, which is now undergoing medical analyzes. legal. The authorities indicated that they arrested a man at around 3:20 pm, without specifying the role he played in this case.

The police also indicate that the information collected suggests that it was not a case of road rage, although it was their first track, or a “random incident”.

The authorities have already said that the shot fired towards the German tourist was deliberate. The investigation is continuing.

Sergeant Tom Kalis of the Cochrane Division on Friday revealed that the 60-year-old had been operated on the night before and had survived the surgery, but was at risk of having sequelae.

The other three passengers who accompanied him, members of his family, were slightly injured. They have received support from various organizations to help them overcome the trauma. 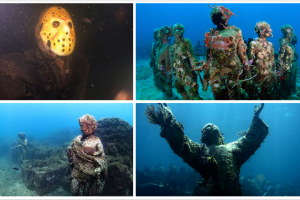