On 1st to 15th March 2020, a religious event was held in India’s capital city of New Delhi by an Islamic group, Tablighi Jamat. Muslims from different countries like Malaysia, Indonesia, Saudi Arabia, Bangladesh, Thailand and across all India participated in this event. The exact figures of people attended this event are not clear but it is estimated to be around 4 to 5 thousand. Later, many foreign nationals, who present at this event were found Corona Positive and they acted as “Super Spreaders” of this infection during the event.

What is Tablighi Jamat?

The Tablighi Jamaat (literal meaning is Proselytizing Society) was founded back in 1927 by Muhammad Ilyas al-Kandhlawi as an Islamic missionary movement. The sole purpose of this group was to urge Muslims to follow a pure or orthodox form of Sunni Islam and be religiously observant, especially concerning dressing, personal behavior, and rituals. The groups operate in around 150 countries, including the US and western europian countries.

Despite their clear background and no record of their participation in any terrorist activities, there is a report publish in “Times of India” newspaper, that Tablighi Jamat has had a long history of ties with Pakistan based banned terrorist organization like Harkat-ul-Mujahidin (HuM) and it is the same terror group, which was responsible for the hijacking of         Indian Airlines Flight 814 in 1999. The later investigation of the hijacking revealed that the founders of HuM were the members of Tablighi Jamat

What happened in Nizamuddin Markaz?

Nizamuddin Markaz is the headquarter of this Islamic group in the heart of Delhi and the place where this event was organized. Many participants who came to India from other counties were already infected with the Coronavirus, became Super Spreaders in that densely crowded event. Despite the Indian Government’s order to avoid any type of religious mass gatherings, on the grounds of the Coronavirus outbreak, this event was carried out. Even after the event was over, around 2000 participants were still living in the Markaz, who later quarantined in the isolation facilities post imposing 21 days of nationwide lockdown by the Indian Government on 25th March.

As each participant has become a potential carrier of the Coronavirus, the government authorities of all states are trying to track them all, who came to their homes after the event was over. To date, 647 corona positive cases have been found, which has direct or indirect linkage with Tablighi Jamat. These cases account for more than 30% of India’s total Corona positive cases. Government authorities of India have already announce that all the Tablighi members, who visit the event should come forward and get themselves test by the government health officials.

In countries like Indonesia, Malaysia and Thailand, Tablighi Jamat is consider as the main reason for the Coronavirus outbreak in the country, as this group has been conducting such gatherings in these countries and not following any social distancing norms.

The Head of Tablighi jamat

The head of this organization Maulana Saad is currently missing, however, he launch an audio clip in which he addressed Tablighi followers. In that audio clip, he states, “No one can get infect with Corona by coming to holy place like a Mosque and even if you get infection, there no other good place to die than a Mosque, therefore you should continue to visit Mosque for Namaz”.

There are numerous cases report, where in quarantine or Corona positive Tablighi patients are not cooperating with the health officials and following are some of those:

All the above incidents leading to distress in Indian society and increasing Islamophobia and mistrust in the minds of non-muslims. The orthodox thinking of the Islamic preists and their mis-leading statements, incorrect guidance to their followers making the world looking at them with suspicion. Even in the western countries like the US, Italy, Spain, Germany, France, UK such non-state actors could be the reason for wisespread of Coronavirus outbreak, which needs to be investigated. 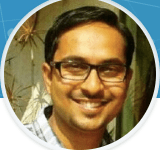