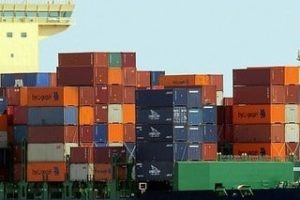 Trade war to escalate between US and China, is the big question on the minds of all global communities. This is because anything that happens between the USA and China, always has an impact all across the globe. So, how big will the impact be this time? Or will this trade war just fizzle out?

A New War Between USA And China Begins

On September 24th, 2018, Chinese goods will be hit by tariffs amounting to a whopping $200 billion. These tariffs were ordered by none other than the President of the United States of America, Donald Trump. In retaliation to the actions of Donald Trump, China are now going to hit US goods with duties amounting to $60 billion.

This conflict looks to be escalating, but the administration of Donald Trump says that it is open to talks, starting the coming week. In 2017, China imported $130 billion worth of goods from the USA. In the same year, the USA imported $506 billion worth of Chinese goods.

What The Vice President For Global Trade Has To Say On This Battle:

Speaking in Washington, USA, at the National Foreign Trade Council, Jake Colvin, VP for global trade, said, “The idea that you’re going to punch China in the face or otherwise make China look weak is not a recipe for resolving our differences. The quicker both sides realize that the current situation is untenable, and that they need to come to an agreement that allows each side to see the value, the better off we’ll all be.”

The Outcome Of This War

China and America happen to be the two largest economies in the world today. But this trade war which has been started by the President of the USA, threatens to push these countries far apart from each other, if it is not stopped right away. But the truth is, as a result of the tariffs announced by US President Donald Trump, China has hit back with its own set of impositions – and as such, there is currently a very slim chance of there being any settlement between the US and China, in this new war between them.

But there will be other countries that will also be hit by this war between America and China. Fact is, a major shift in the global supply chain could be seen, as a result of this war. The winners to emerge out of this war between USA and China, could be Thailand, Vietnam and perhaps even India. There are chances that even Mexico might profit from this trade war.

The Goal Behind The Actions Of Donald Trump

One of the main reasons behind the tariffs imposed on Chinese goods by the US President, is to bring back production to the United States of America. Fact is, there are certain parties in the USA who would be very happy with the actions of President Donald Trump. Some parties in the USA, would love to see American firms shifting to other countries, instead of just focusing on having their supply chains in China. This would hold very true in the case of high-tech sectors.

According to the Asia director at Eurasia Group, Michael Hirson, “One goal of US officials is to use tariffs to incentivize US firms to pull their supply chains outside of China, though this isn’t a uniform view within the administration.”

What Can China Do?

Here are some more ways in which China can react to what the USA has done:

The Beginning Of The End?

According to the Vice Chairman for Greater China at Credit Suisse Private Banking, Tao Dong, “This may be the beginning of the end of a major trend called globalization that created one of the periods of fast growth.”