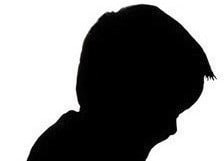 Canada’s inclusive reputation as a secure place for the upbringing of children is contradicted by statistics depicting high rates of children suicide, child abuse, their fight with mental issues. The report was drawn on 4th September in which the health indicators covering almost every aspect of infant mortality to poverty and obesity raised an upsetting picture of children’s welfare.

As per the reports accumulated by the O’Brien Institute for Public health and First Canada, the entire government commands require to do more to make certain that the children of Canada get benefits from the overall prosperity and wealth of the country.

The most prosperous country lacking in children’s welfare

Whether we’re talking about mental health concerns or infant mortality rate, all the statistics compiled on Tuesday are really troubling, said the lead director of Children First named Sara Austin. Canada is considered to be the 5th most prosperous countries in the entire globe, however, when it’s about the well-being of children, the nation falls far behind. Furthermore, a massive difference could be spotted between the well-being of Canada and the well-being of its children, added Sara. Austin clarified this variation has been admitted in the major global circles especially UNICEF ranking of the organisation has positioned Canada 25th on the catalog when reviewing children’s welfare

Reasons behind suicides are

Though the latest statistic portrays multiple children issues, their mental sickness is considered to be a segment of escalating urgency. As per the state recorded by Ontario, in 2016, there were around 16,291 Canadian kids hospitalised. In spite of documenting the emerging mental disorder problems, perhaps Canada has taken modest action to reach the root of the issue and treat it.

Education system is a base

Whilst it can be viewed as a signal that mental stigma is retreating, Szatmari, the chief of the Child and Youth Mental Health (mutual between the University of Toronto and Sick kids hospital) consider it as a red flag for regular deficit in the manner mental health is managed in primary health institutions and even schools. As per the statement of Szatmari, Canadian institutions aren’t providing the children with the essential tools they require to survive these issues during their initial age. He added that ‘we’re crisis-driven health-based structure rather than public health system.

Austin said that children are seeking assistance in the hospitals because of the shortage of other possible alternatives in their communities. However, as per the data accumulated, the increasing number is mainly contributing to suicidal cases. Considering that Canada is ranked to be the 5th most common country in terms of children’s suicide, Austin added suicide is perhaps the second most common reason of death among children.

After the revelation of the statistics portraying children’s well-being in Canada, Sara Austin said that “Another alarming factor that has placed Canada in the bottom 3rd nations of developed countries are its alarming infant mortality rate”. The country’s average depicting 5 deaths over 1000 births has what made Canada to rank 30th in the ranking of 44 OECD nations. 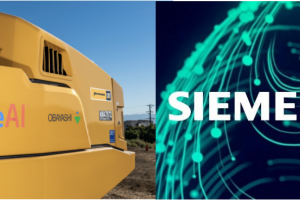